In 1993, I was grieving a septuple whammy from life.

I never thought that awful thing could happen in my perfectly planned-bible-thumping-runningfrommyupbringing life.

badly disappointed, I somehow held on to my faith, not sure how.

Ummm…why?
Those were tough times. 💔

I had seen a girlfriend choose abortion after a rape, and I saw how that devastated her.  Empty arms.  Broke her up.

Therefore, I began working with Holt adoption services out of Eugene, Oregon.

I interviewed and selected my adoptive family.

I found a support group and a good counselor in my new city.

I found a nurturing-safe-biblepreaching-holyspiritlead-church and began to heal.  there are churches and there are churches.  You know? I was accepted like I was family.  Weekly counseling with the minister and his wife.  Fasting and prayer with them. The church welcomed me with open arms.

Bam! Lost my job—older male co-worker said I was making it up and he wasn’t the father.  (I did have a boyfriend, so I can see how it might have looked.)

Love at first sight.
I changed my mind about adoption.  Had a paradigm shift.

I got to bring this beautiful 🎁 home.  I could hardly believe it!

The baby began a healing in my heart.  Everything fell in to place.  My purpose.  My spirituality.  Everything.  Reversing all the yuckiness.  Redeeming it.

My new church family hung in there with me.

Some kind people neighborhood folks took me in for after the baby came– until I could get into state housing.

Other kind people were my friends and helped me get stuff for my baby, visited me. Gave me books.  Helped me learn.

I graduated from counseling.  Met a very, very young man. (Like wetbehindtheears) I asked my pastor to check him out.  Turns out he knew the young man’s pastor.  They had lunch before we did. 🌻 he gave me 👍.

No quick fixes here.   I have continued counseling and prayer ( off and on) for the last quarter-century.
We’ve been married twenty-five years.  Four other children.

God, the one and only— I’ll wait as long as he says. Everything I need comes from him, so why not? He’s solid rock under my feet, breathing room for my soul, An impregnable castle: I’m set for life.
Psalm 62:1‭-‬2 MSG 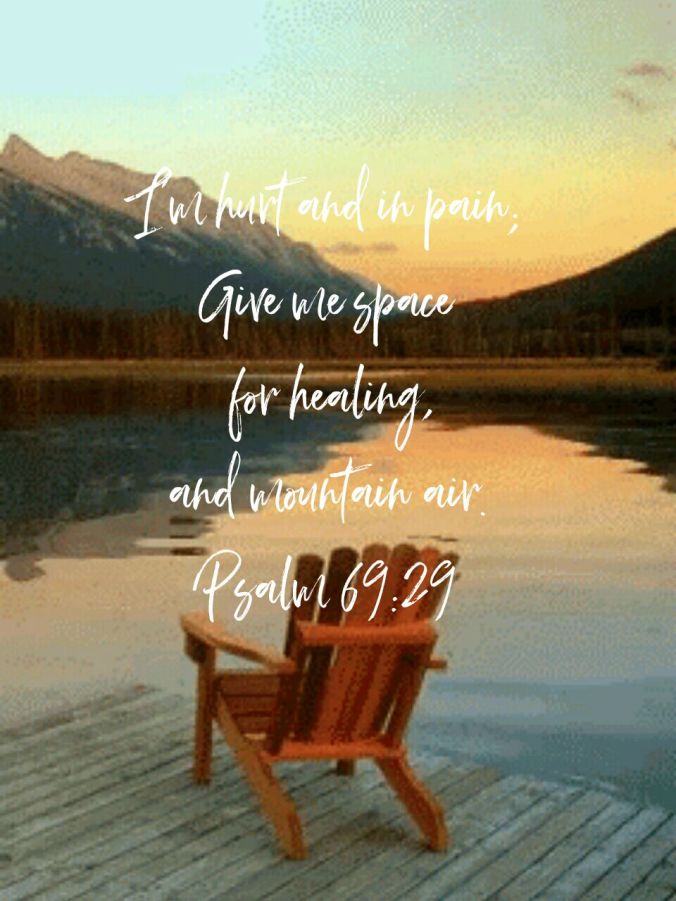 I’m hurt and in pain; Give me space for healing, and mountain air.
Psalm 69:29 MSG 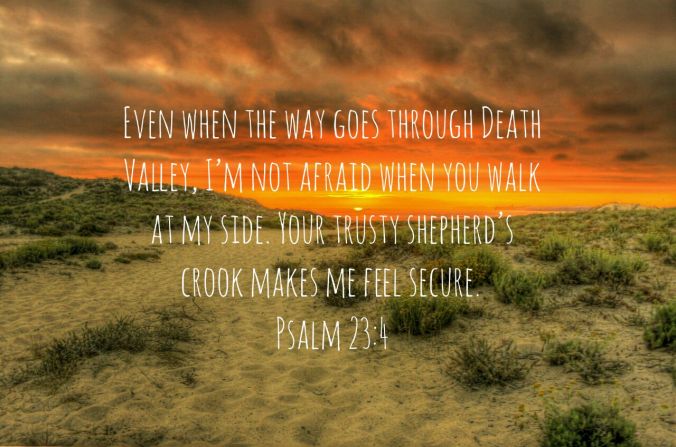 God’s Got Your Back

The problem for those who battle anxiety is there isn’t a physical weapon big enough to defend us from every fear we face in life. But, thankfully, we have a Shepherd who has pledged to defend us.

I’ve seen it hurt a lot of women and children.

missing their kids and fighting their husbands about chores and tired all the time and never having Romance And not having time. and a lot of kids missing their mommies and not having anyone to teach them right from wrong who loves them (although we try our best on this one) So we live on hubby’s income, which involves many temporary sacrifices. We’re happy.

Think about such things.

Woke up hurting over our prodigal. Early morning waking. Normal part of rethinking a trauma. 🌻 Super fun. 😬 frozen smile This verse instructs me. There’s things that are yucky. Nothing I do will change that. 💔 But I can control how I think about them.

I want You Jesus. I love You. You are what’s right in my crazy, mixed up 🌎.

What would I do if someone took You away from me?

I would take to bleeding inwardly.  A mortal wound.

But no one ever can. Period.

Jesus made sure of that.

He is with me all the time.

The Holy Spirit:  Not how I’m used to being left. John 14 The Message, baby!

He left the ninety-nine and came to get me.  He’s the good Shepherd who lays down His life for the sheep.
You are my one thing, God.

Bind up our broken hearts like You said in Isaiah 61.

My notes of two years ago:

Self control has always been an issue. I think I was too busy surviving my Vietnam childhood to learn some things.

Also I think I made a few vows that went something like:

when I grow up nobody’s going to boss me around

You guys: Those choices, though made unaware and in the bosom of my childhood, created a monster.

I was talkin to my brother about about the verse where Jesus set his face like a flint and and headed to Jerusalem and the cross.

We were trying to figure out which fruit of the spirit that illustrates..

I’m just going to pray about it because I have tried really hard to be good for years and years and haven’t made a whole lot of progress in this area.

So I’m ready to ask God for help

I’ll let you know how it works out.

Your giant may be big,

your giant is not bigger than Jesus