There really are two sides to every story.  I see that now.

My friend who we let sleep in our garage and then who would not leave or let me in to my freezer or washer. Who we had to forcibly evict, who stole stuff when she left.  Who borrowed our dishes without washing and putting them back.  Who I overheard weeping on the phone to a mutual friend (we went to the same church) that she didn’t know “what she had done wrong to cause me to be so mean to her. ”

I get it now that I have been judged without mercy.

My old landlady who seemed so mean and persnickety.  Who would not let us have a cat.  Who was mean about me wanting a cottage garden and tore up my beloved brick paths and climbing plants the minute I left, replacing them with turf and mulched beds.

I get it now that I have been a landlord (sort of).

My brother who abused my little cousin.  Who I turned in to the police. Who went to prison for eleven years.  Whose heart I broke.  Who looked up to me.  Who must have felt betrayed.  It must be hard for him not to blame me when he can’t find a job now that’s he’s out. When the flesh-eating bacteria that he picked up in prison has permanently disabled his legs.

I get it now that I am the one who neglected and abused my kids and they can’t stand to visit me.  I’m sure it hurts too much.

It’s so easy to want to take sides.  To think in terms of good and bad guys.  Don’t ya think?

My children\offenders\tenants\neighbors are not the bad guys anymore than I am. I’m just the one telling this story.

I would not want God’s job.  He listens to both sides.  I would get muddled.  Confused. Swayed by the pain of the one telling the story.

He is straight as an arrow.  True as steel.  Neither too hard not too soft. He came “not to condemn the 🌎 but to save it” John 3:17ff. Yet He gave up EVERYTHING to make possible the saving of the 🌎. John 3:16

Accepter of the disenfranchised.

He goes “to where the pain is”, to quote Richard Rhorh. 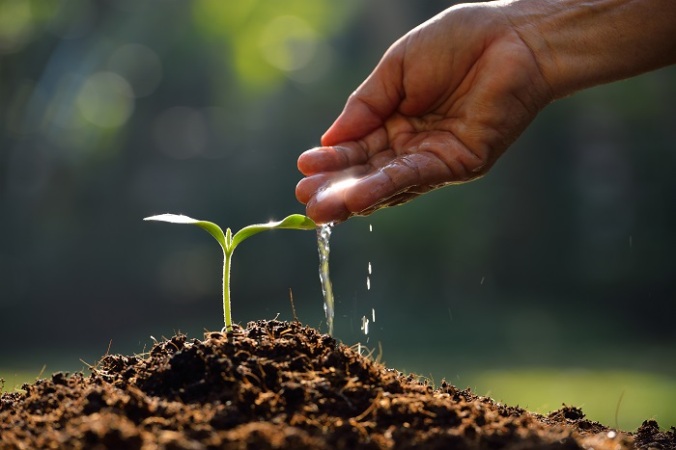 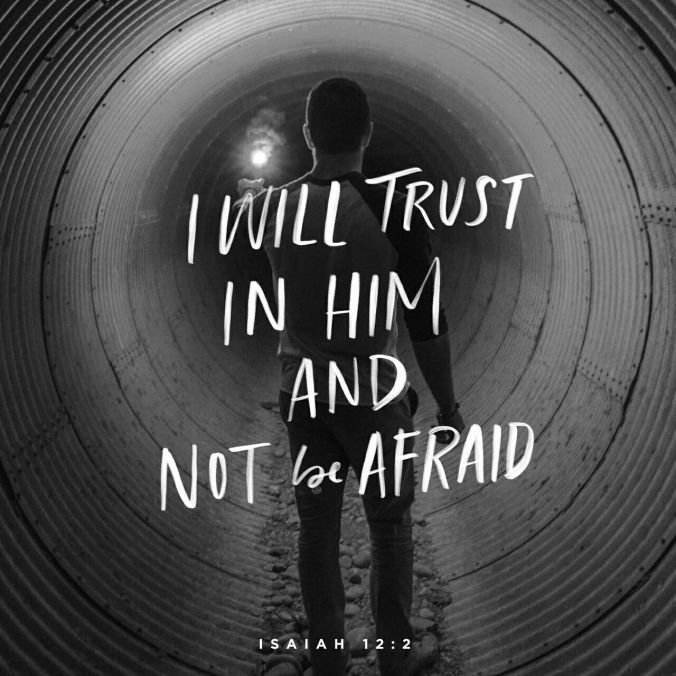 Behold, God is my salvation, I will trust and not be afraid; ‘For Yah , the Lord , is my strength and song; He also has become my salvation.’ ”
Isaiah 12:2 NKJV

My first husband used to say that all the time.

He was an compulsively unfaithful alcoholic.  I was 21.  But he left me with a cool word. And a bunch of character.  It doesn’t hurt anymore. But I get to keep those.

I don’t know how to navigate this trial with my health and my prodigal. Pretty vulnerable and scared.

But I will trust in Jesus.  He’s my Light in the smellydampdarkness.

Relaxing with my dogs and hubby

Playing on our phones and talking quietly

Good dinner accomplished and cleaned up 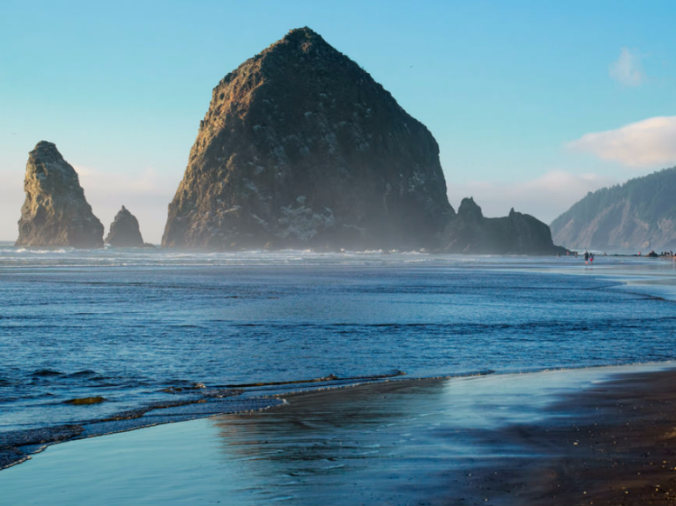 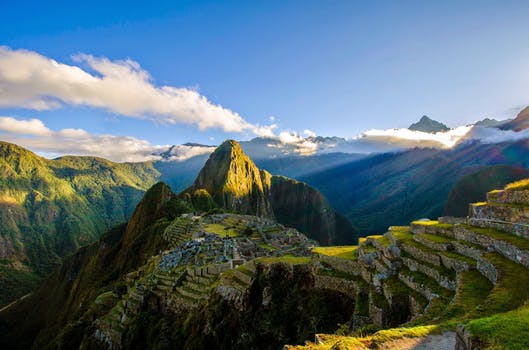 I have a prodigal son.  Well, my two oldest children, really, are not thrilled with us.  But my oldest girl tries to connect with the five of us who are left at home here.  It’s just a mess for everyone.

I’m not kidding about my son, though.  He left home at 16 and has not been back.  He lives with another family who is EVERYTHING we’re not (in a way, I don’t blame him.  They’re awesome).

I was thinking two things this morning: ( I usually wake up hurting over my two oldest)

The upshot is that my two oldest children judge us without mercy.  They can’t get over all the bad stuff that hubby and I have done or neglected to do as parents.  They criticize us with vitriol and vehemence whenever they get the chance.

Beth Moore has taught me to bring whatever I am going through right into my worship or church or Bible reading.  That has been such good advice!

This morning at elevation.com (our church) I was able to get a break from the pain for a moment and see 👀 that

So many of us in the recovery world fear the 👻 of Relapse.  I would bring a little ease to this struggle if I can.
Jesus speak through me to bring good to my brothers and sisters now🌻

Ok. You know how new years resolutions kind of wear off?

Or something stressful comes down the pike and we jump, fall, or are pushed off the wagon?  (Well I guess we can’t be pushed off once we are grown folks, gotta take responsibility for my life, right?  But regardless, you know what I mean.  There we are.  In the ditch. It’s Cold.  Wet.  Slimey. and Miserable.  Capice?)

I was talking to God about it the last few days.  I have realized that I was doing it to myself.  My addiction du jour.  This morning I saw a part of it.

This entry is already getting longer than folks will probably have time to read.  I will chop it up.  But suffice it to say for this blog entry.

It’s complicated.  There are layers there.

So many times I look for a simple quick fix to my problem.  Even my terminology is telling right there.  Quick fix.

So the answer needs to be gradual, creeping and many-layered too.

So helpful to me.

I’m learning about failure and weakness in this prison of illness just now.

But pain is part of life, right?  It’s our friend of we let God make it so.  May we learn much wisdom from our difficult friend pain. 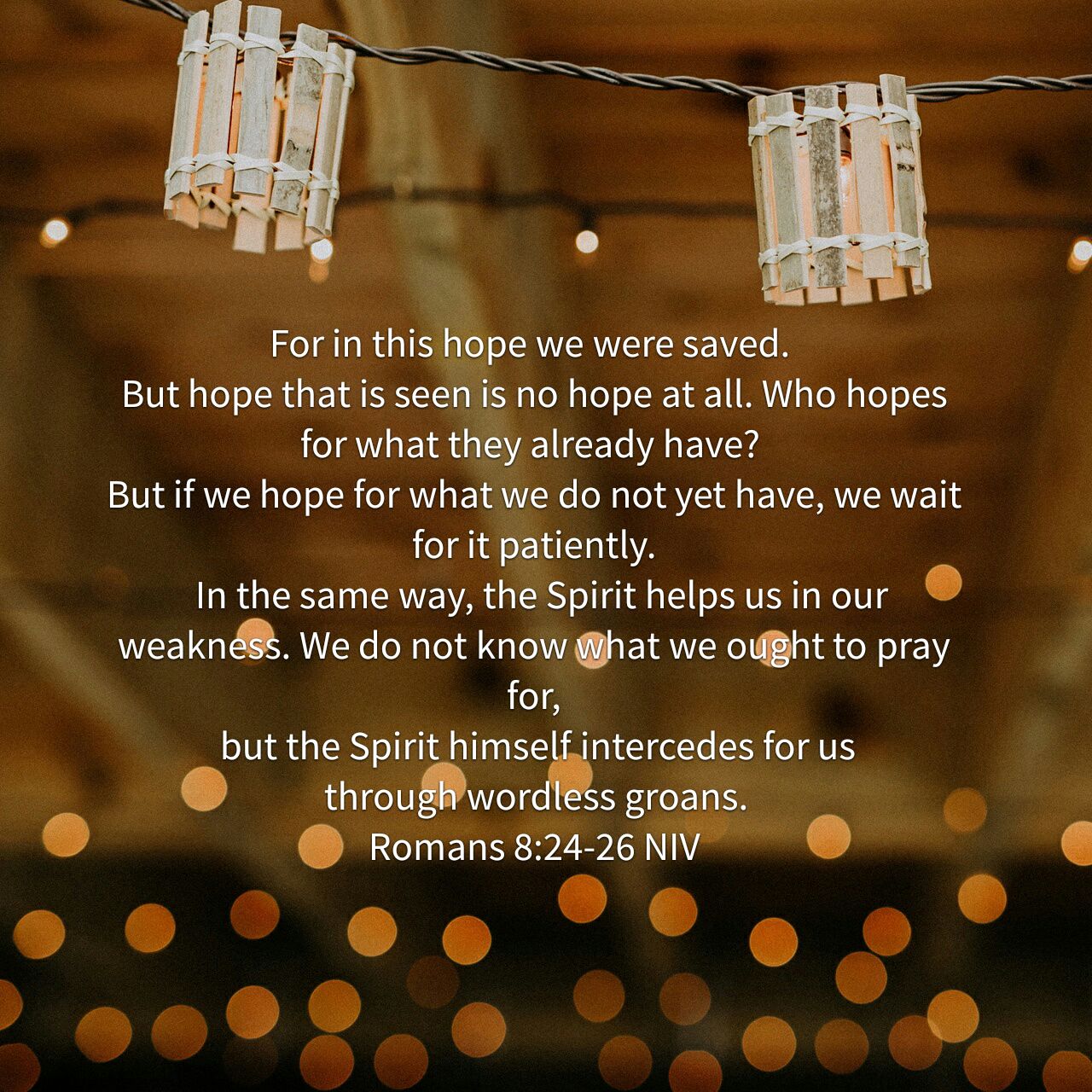 I have looked at verses  out of Romans 8.

But never read the whole thing at once.

I found the whole Bible read by Hercule Poirot .

I fell asleep listening to it, and thinking of my adult kids, and hurting. 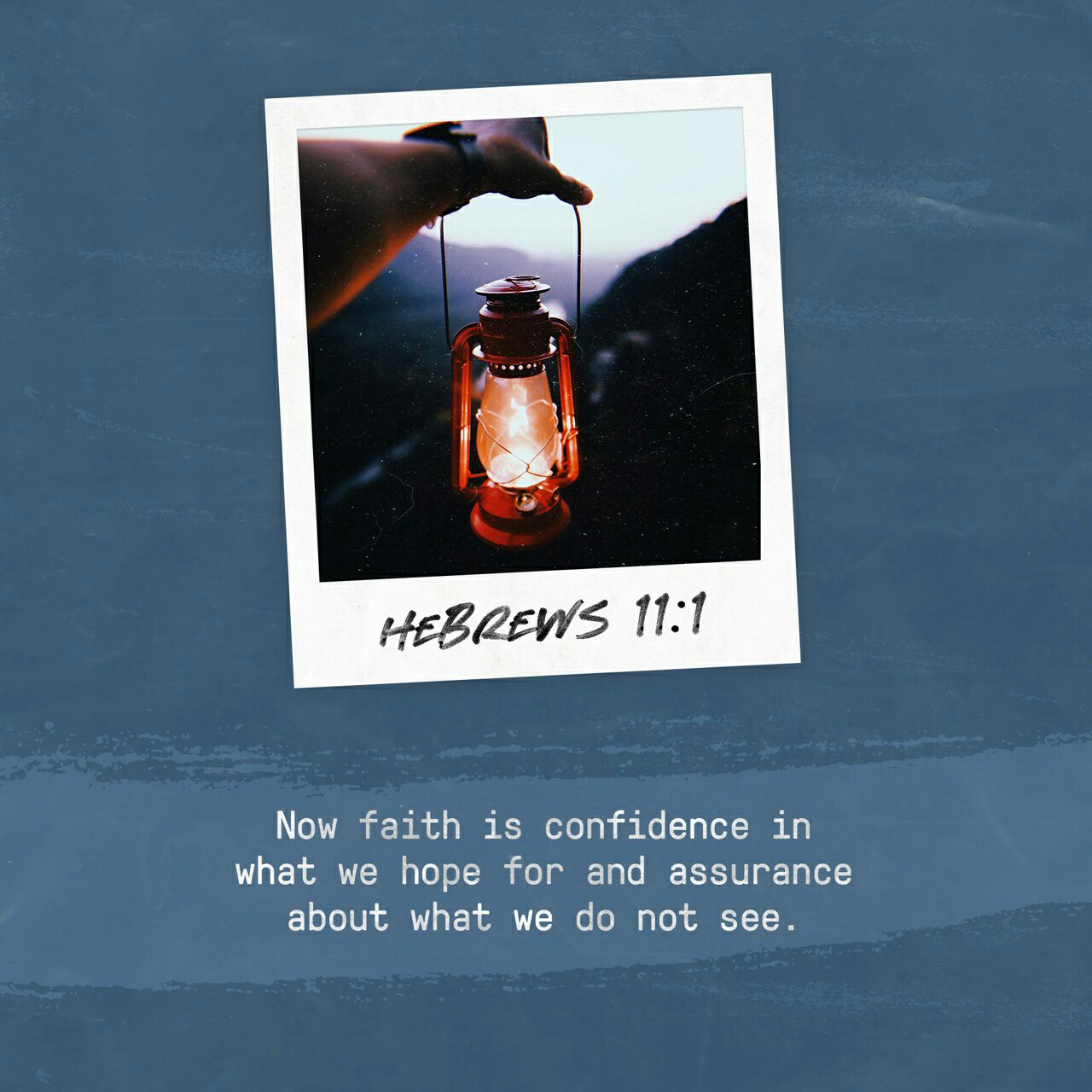 I just finished up a devo at YouBible.com

“Confidence in Rescue” Trusting God requires faith and faith is being sure of what we hope for and certain of what we do not see (Hebrews 11:1) Although you might not be able to physically see how God is going to deliver and rescue you from the many challenges you face, remember to have faith and confidence that he will come through! God knows all and is aware of the rescue plan he has specifically designed for you. God is guarding you from every weapon formed against you. Often times believers experience circumstances that appear to be weapons of harm such as; disappointments, loss, rejection, sickness, betrayal or even loneliness, but even through that GOD continuously rescues each of his children. You might feel as though time is running out and that GOD will not rescue you, but have confidence in GOD, your rescuer, guard of all, body guard, rear guard and loving Father. GOD works on his time and he knows the right time and the right way to deliver you. Put your confidence in him, Praise him in advance for forever guarding you. Prayer: GOD you are my guard and I thank you for revealing to me how much you love and care about my life. GOD you specifically put a rescue mission in place for each one of your children when you sent Jesus Christ to die on the cross for us. I am grateful and thankful for your true love. Help me to remember that you have and will always come through for every one of your children. To God be the Glory. In Jesus name, AMEN. 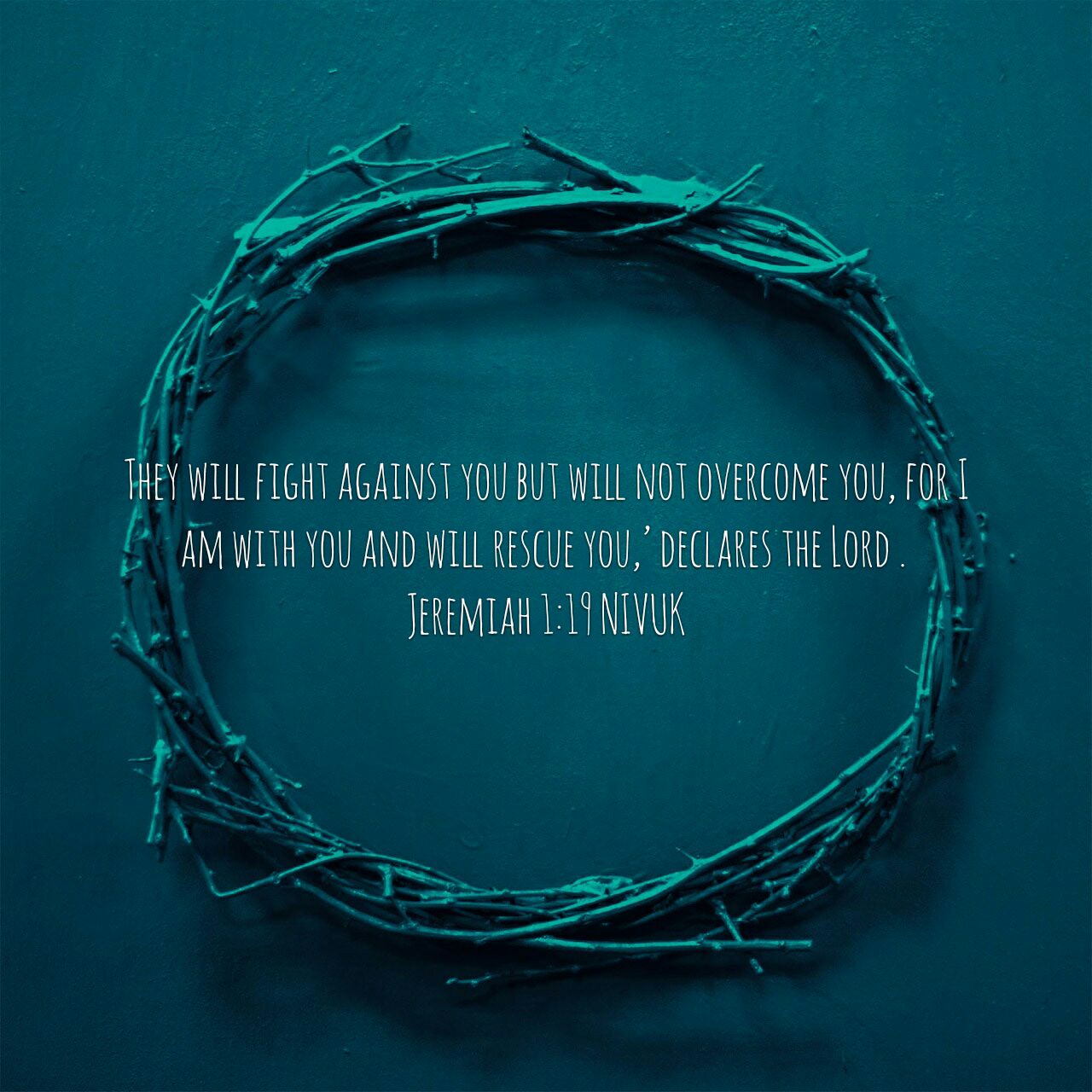 A bodyguard’s job is very serious and can appear intimidating for someone, because it requires one to make a sacrifice of their lives to ensure safety and deliverance of another. But praise be to God for sending his son Jesus Christ, who sacrificed his life for ours, who is our current and everlasting redeemer and deliverer. God is our ultimate bodyguard, the Guard of All. When we are facing any trial or tribulation God is not a human he doesn’t need to rest, He is our Bodyguard 24/7 and is sure to deliver! Similar to an earthly bodyguard, Jesus knows our schedule, lifestyle, habits, address, relationship status, enemies, weaknesses and trials. Jesus is aware and is serving as a bodyguard for you. God already has a plan for you and he will always be with you to protect, block and fix your fights.Prayer: Our heavenly Father, Thank you for your love and the revelation that you are my bodyguard. You care about me and guard me from all weapons formed against me. I praise you, magnify your name and glorify your name that you are my protector, deliverer, and my Guard of All! To God be the glory, in Jesus name, AMEN.
They will fight against you but will not overcome you, for I am with you and will rescue you,’ declares the Lord .
Jeremiah 1:19 NIVUK